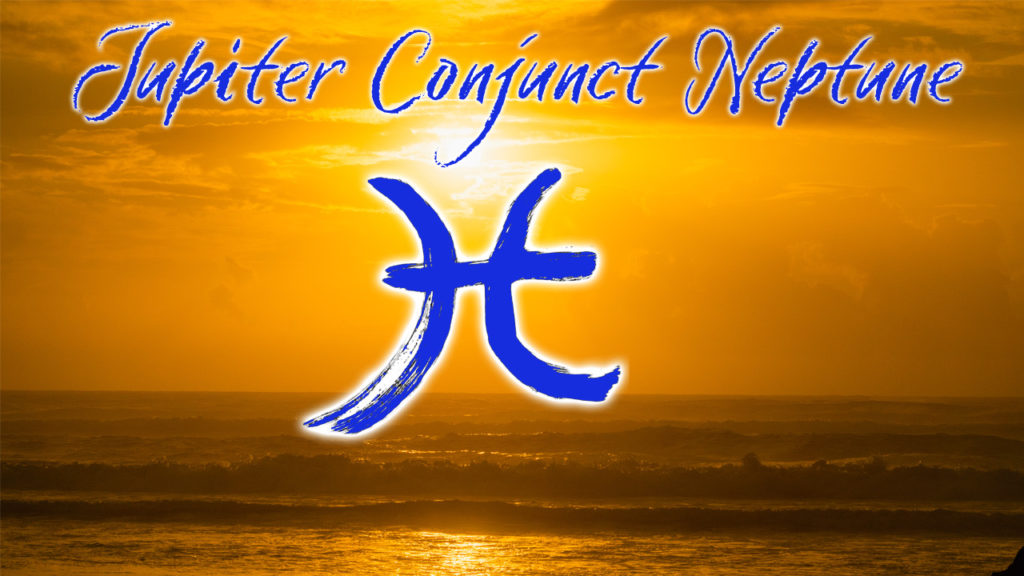 Jupiter will conjunct Neptune in Pisces

The most POWERFUL Astrology transit off 2022.  A RARE Jupiter Conjunct Neptune in Pisces that we have not seen since 1856!!! Take this day off work if you can, so you can soak up all the magical light beams coming in. Channel this energy for GREATNESS because when Jupiter the planet of Expansion conjoins Neptune the planet of Magic & Spiritual Enlightenment something magnificent will be BORN, if only within our being, it could just be an incredible VISION, we will all have enhanced dreams during this transit, so pay attention to what is coming through in your dreams.

How will you be spending this Special Day & how will you be tapping into this once in a lifetime energy?  I want to be at the OCEAN on this Pisces day!

I couldn’t help thinking, what happened in 1856? Well let’s see, were on the brink of the Civil War then.

There was also a rise in counter culture, Antiquarian Spirituality happening at that time, possibly the roots of the self help books movement, philosophy & a renewed LOVE of nature highlighted by the works of Henry David Thoreau who wrote the majority of his great works that year as he created his TRANSCENDENTALISM group of poets & writers bound by a belief in the UNITY of all of creation & that GOD could be found in everything including nature, these were truly radical beliefs for that time. So I will quote Thoreau here as he said, “Things do not Change, We change!” This is what we may see on this Conjunction, radical, internal changes that will then change our outer world! This is a good time for HUMANITARIAN EFFORTS, coming together to make profound changes towards PEACE, for improving our CLIMATE, we can only hope there will be radical progress for the Changes we need on our planet now & it will all begin WITHIN Each & everyone us.I believe we could have a Collective Consciousness, Mystical Awakening on our planet this day, the likes we have never seen before. When I try to think up what this day will bring, I get visions of rainbows, crystals & Unicorns, all the WONDERS of the WORLD shining their magical healing light for all of us & our planet on this one day. Of course the radiant energy of this transit will continue to ripple out for more than just one day.

Jupiter conjunct Neptune transit is a good time for Spiritual practices like Meditation, Chanting, Yoga or Praying. Jupiter in Pisces is an expansive energy for all the WATER Signs Cancer, Scorpio & Pisces but it can also open everyone up to infinite possibilities wherever PISCES is showing up in your Chart. And as I always say, it ALL BEGINS WITHIN, this is especially true with this Jupiter Neptune Conjunction, it will create a SHIFT in your Internal dialogue, your Inner BELIEFS, your FAITH, Jupiter rules FAITH & Neptune rules the UNSEEN, we may have a mystical, magical RELIGIOUS EXPERIENCE of some sort on this day. I can’t help thinking Jupiter rules over GROWTH, MANIFESTING & Creating something out of nothing whereas Neptune rules over this DISSOLVING energy, it’s an interesting kind of ALCHEMY when these 2 meet up, could we use this energy to create something out of nothing? It’s a very Alice in Wonderland kind of Energy, ANYTHING can happen with this combination.

This is a great day to CHANNEL THIS DIVINE COSMIC ENERGY for any works that require your Imagination writing making music or art. Pisces rules over Other Worlds, Rebirth, Reincarnation, perhaps the coming of wise ones being birthed on this very day. This will be an excellent time for Lucid Dreaming, Hypnosis & Astral Travel, but I would steer clear of any intoxicants, alcohol or drugs on this day, the energy of the day is intoxicating enough, if one did drugs on this day, they may very well overdose, so be careful, keep a clear mind this day, the energy will be altering enough!

Sabian Symbol is at 23 degrees & 58 of Pisces, right smack in the middle of 2 Sabian Symbols, so I like to read them both.

KEYNOTE: The ability to give of one’s own vital energy to substantiate one’s conscious ideals or unconscious desires.

The person who believes he or she has a mission or mandate, or any special gift that can be of value to their community & has to produce results. Sometimes this involves difficulties and special conditions or circumstances. It always demands to some extent the gift of some power of value which is deeply one’s own, unique Spiritual Gift. The thought of sacrifice was suggested by the “white lamb” Something precious involvingin a deeply personal experience has to be surrendered to & then offered up to others. The medium’s psychic substance provides unseen materials made visible in the phenomena, if this Mystic is genuine. After the séance, the medium is usually exhausted & Spent having given of their very life to bring the messages up from the other world.

PHASE 354 (PISCES 24°): ON A SMALL ISLAND SURROUNDED BY THE VAST EXPANSE OF THE SEA, PEOPLE ARE SEEN LIVING IN CLOSE INTERACTION.

KEYNOTE: The need to consciously accept one’s own personal limitations in order to concentrate one’s energies and to live a centered and fulfilled life.

Every individualized person is a small island in the vast ocean of mankind. The ego fulfills a necessary function, as it sets boundaries and gives a specific character to the consciousness. Within these boundaries a complex interplay linking and integrating the various aspects of the personal life can operate constructively. In time, these ego-boundaries can not only expand, but can become a zone of intense interchange between the inner and the outer, between the individual and the community, between man and the universe.

This duty of any man or woman is to be truly what he or she is as an individual. But this individual has a particular dharma, i.e. a place and function in a vaster whole. The island’s inhabitants get subsistence from the sea, and in time learn to navigate this sea and interact with other islanders — and all eventually will come to realize their oneness within the whole Earth, which includes everything. An appropriate Keyword would be CENTRALIZATION.

then just as I was writing this report out, I like to write my Astrology reports so I can wrap my head around it, Astrology is a very MENTAL Study, all those aspects & degrees, it’s a lot to take in & at this very moment , I heard Andrew Harvey on a podcast, completely Synchronistically & I knew his words wanted to be shared here b/c they related so well, so I will read his words:

“Mystical systems are addicted to transcending this reality. This addiction is part of the reason why the world is being destroyed. Religions honor an off-planet God and would sacrifice this world to the adoration of that God.  But the God I know is both immanent and transcendent. This world is not an illusion, and the philosophies that say it is are half-baked half-truths. In an authentic mystical experience, the world disappears and then reveals itself as the dance of the divine consciousness. When it reappears, you see that everything you are looking at is God, and everything you’re touching is God.  We are so addicted, either to materialism or to transcending material reality, that we don’t see God right in front of us, in the beggar, the starving child, the brokenhearted woman; in our friend; in our cat; in the flea. We miss it, and in missing it, we allow the world to be destroyed.”

The world Disappearing (Neptune) & then REVEALING (Jupiter) how perfect is that?
Thank you for tuning in, be sure to like, subscribe & comment for a chance to WIN a free Astrology Chart Reading on my Libra Full Moon Report coming out in April.