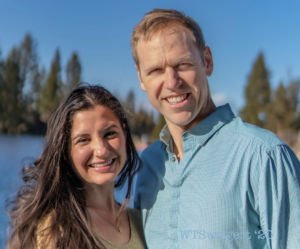 Family Chiropractic Care Done Right
We strive to help families reach their full health potential through natural, drug-free healthcare. We are on a mission to create one of the healthiest communities in the world right here in Central Oregon.

Description:
Our mission at Healing Waves is to facilitate moments of transcendent connection leading to reorganization within the body/mind, heart and spirit; inspiring new strategies of healing, growth and empowerment to emerge. We help our clients create lasting change in their health and life through innovative wellness-based Network chiropractic and shamanic services.

Dr. Brandi Kuhn grew up in Calgary, Alberta, Canada and attended pre-medicine at the University of Calgary.  Personally receiving chiropractic care from the age of twelve with great benefit, natural health care had been a long time chosen career path.  Western States Chiropractic College brought her to Oregon.  Following graduation in 1999 Dr. Brandi practiced in NE Portland and 2 years later decided the snow of central Oregon was calling..

Dr. Joshua Kuhn received his undergraduate schooling at Southern Illinois University. With a long time desire to move out West he decided to attend Western States Chiropractic College in Portland not just for their location, but the superior curriculum. As an active mountain biker, snowboarder, and soccer player it was natural for him to be involved with sports medicine. He had served for three years as a volunteer national ski patroller at Mt. Bachelor and has treated many world class athletes as well as weekend warriors. Dr. Kuhn has studied under different mentors in order to receive a more well rounded education. Some of his areas of continued education include the TMJ, Gonstead technique, chiropractic biophysics, and motor vehicle injury assessment. Now Dr. Kuhn has had the privilege of passing on some of his clinical experience by mentoring senior chiropractic students as interns through an associate faculty position from his alma mater WSCC. There were many reasons Bend, OR was the perfect place for Dr. Josh. When not in the wilderness biking or snowboarding you might also find him playing with his little two little girls at their favorite park.