What I Learned From My Son by Sue Bream

My son, Scott, died of a heroin overdose at age 27, a little over a year ago.  I found out later that the heroin was laced with fentanyl.  How do I begin to write about his journey?  One day he is a newborn baby, the light of my life, and the next he is a struggling adolescent.  Then, a young adult with addiction issues.  Finally, tragically, he passed away.

Were the signs there?  Yes, they were.  Unfortunately, as much as we tried to help our son, he could not steer away from drugs and alcohol.  Research shows that addiction is a disease, not a choice. My experience showed me how true that is.

When Scott was 3 years old, he started shrugging his shoulders and moving his head around like he had a kink in his neck all the time.  We took him to a chiropractor, then to his pediatrician who diagnosed Scott with ADHD and Tourette’s Syndrome.  The head and shoulder shrugging were Tourette’s tics.  Tics are involuntary movements (such as shrugging, tapping, neck stretching) or vocalizations (such as throat clearing, coughing or squeaking).

In response to these diagnoses and behavioral issues as early as preschool, Scott was treated with medication for both conditions.  This is important to note because he had an almost lifelong history of taking medications.  I believe that taking drugs to feel “normal” was a part of his identity because he grew up doing exactly that.

School was difficult for Scott.  He spent up until 4th grade in Montessori School, and when that method was no longer effective for him, we moved him to the neighborhood public school.  We developed an Individualized Education Plan (IEP) for Scott and utilized special education as well as regular classrooms.  Being in special education isolated him from the mainstream kids and put him right into a group of others with behavioral problems.  Scott was drawn to these kids.

As a young boy, it became clear that Scott had oppositional issues, difficulty transitioning, and focusing.  The overarching issue was his inability to control his impulses.  When he was a young boy, his dad took him to a Doctor who specialized in brain mapping.  The major conclusion of Scott’s testing was that he had some frontal lobe damage, which was directly related to his lack of impulse control.

He had a flair for art, so we enrolled him in different art classes, including summer camps.  He played the trumpet for a few years; he even had private lessons.  Scott was also in Cub Scouts, and later, Boy Scouts.

Ski and snowboard lessons, Tae Kwando, and swimming were his main physical activities.  Both Scott and his brother became brown belts in Tae Kwando.

n sharp contrast to his behavioral issues, Scott was a very social boy and always made friends easily among both adults and other kids.  People were drawn to Scott, including teachers, tutors, and his friends’ parents. We started out Scott’s teenage years with high hopes.  He had a Bar Mitzvah at age 14.  This was one of the proudest moments of our lives.  It was a huge accomplishment.  We were all very proud of him for working so hard.  He was proud too.

After that, he started to lose interest in the activities that any parent would want their kid to continue to participate in such as Scotus, Tae Kwando, swimming and diving, skiing, playing his trumpet, etc.

Scott’s early teenage years were troubled.  Middle school is when his dad and I noticed a real change.  He started getting into trouble at school, hanging out with new kids that we didn’t really know.

Our experience was that special education classes were less than optimal at the Seattle Public Schools, at least for our son.  Scott knew that he was different from the other kids from a very early age because of his Tourette’s.  He had mild “tics,” but they were noticeable.  Combined with being in special education classes, Scott’s usual strong self-confidence began to dwindle.

Early on, marijuana was his drug of choice, but looking back, there were isolated incidents of experimenting with other drugs, even at middle school age.  Cocaine was one.  So often, drugs accompany a lack of self-esteem, or self-confidence.  They also often accompany a kid who is “different,” or doesn’t quite fit in.

The year after Scott’s Bar Mitzvah he really began to change.  He got mixed up with some kids who were very bad influences and started down a long path of legal troubles.  By the time he was in high school, he had already been in Juvenile Detention a few times and had some serious charges facing him.  His teenage years were spent in jail, in a group home, and home on probation in between, while at the same time, continuing to drink, smoke marijuana, and experiment with “party” drugs.

He finished high school at an alternative school.  High School graduation was another of the proudest moments of his life.  He had also gotten into glass blowing.  We had high hopes for him because he showed talent.  However, he couldn’t stick with it.

He enrolled in a community college carpentry program, but dropped out a few months later because the math was too hard.  Scott ended up apprenticing with his Dad in his electrical business up until about a month and a half before he died.

After a break-up with his girlfriend of about 5 years, Scott’s use of heroin ad meth increased and he was living in a homeless camp.  Up until that time, he had been living at home with us.  The last time that we saw him, he came home after being gone for about a month, took a shower, had dinner, and packed up more clothes.

We hugged and cried and he promised to be safe.

Were we the perfect parents for Scott?  I can honestly say that no parent is perfect, and that we may have done a better job of guiding him away from his addictions, but he could not work with us.  The pull of addiction was too strong.

Warning signs were there.  Skipping school, choices of friends, bottles and marijuana paraphernalia, apathetic attitude, and lethargy, especially in the mornings.  We had many conversations where eventually, he always admitted to it.

As Scott got older, he was able to have open conversations with his Dad.  Working together gave them opportunities to talk.  He was very open until he got into the hard stuff, like heroin—that is one bad drug.

Heroin usage has become an epidemic in the U.S. It is in the news a lot these days.  According to the National Institute on Drug Abuse, nearly 35,000 people across the U.S. died of heroin or opioids in 2015.  Heroin is particularly dangerous because it is often laced with fentanyl, a deadly synthetic opioid that is 50 to 100 times stronger than heroin.  Fentanyl can cause on overdose in seconds, as it did with our son.

Your child must know that you love them unconditionally.  That does not mean that you allow the dangerous behavior to continue, especially under your roof.  It is extremely scary when, as parents, you reach the point where you can no longer sit by and watch your child destroy themselves.  We experienced many times when it was difficult to live together under the same roof.  We also welcomed him back at times, but always with “conditions” that he had to meet in order to live with us.  Conditions such as not using drugs, being on time to work each day, helping around the house.  They only lasted so long each time, and then he was back to making very poor decisions.  This was Scott’s pattern.  His addictions always pulled him back.

We offered to help many times, were available to listen to him, welcomed him back home when he was “clean,” set hard lines when he was not.  Alcoholics Anonymous (AA) and Narcotics Anonymous (NA) meetings were readily accessible, Scott went to some, but did not like them, did not want to do the work, and therefore, did not continue with them.  He had offers from kind and caring drug counselors for help, met with them for a while, but he eventually blew them off.

As parents, we felt pretty helpless and often hopeless, but always hung onto that glimmer of hope that he would change.

Some brains appear to be “wired” for addictions after taking drugs.  National Geographic, September 2017 edition published an excellent article about the science of addiction.  Their research brought to light that due to the brain’s incredible plasticity, circuits in the brain are actually remolded by addiction to assign a higher value to drugs such as cocaine or heroin, or alcohol “at the expense of other interests such as health, work, family, or life itself.”  This is scary and difficult to overcome.

When you look at numbers stated in this article, such as the fact that 91 Americans die each day from opioid overdoses, or that 3.3 million people worldwide die each year from alcohol, you can really begin to see that there is much more to addiction than telling someone that they need to quit or they will be kicked out of the house or lose their job.

Be there for them

Accept that you can be there for them, but can’t always get them to change.  Sometimes no matter how much you throw out the life buoy, they will still choose to not grab onto it.  It is ultimately their choice.

We had many conversations about Scott’s choices to use drugs and drink alcohol, as you may well imagine.  Most were met with promises on his end to try harder, to stop the drugs, to not hang out with certain friends.  So many times you want to believe them so badly that I think that you sort of turn a blind eye to what is really happening, or not.  Parents need to be introspective and to communicate with each other through this and not just “shut down” emotionally.

Don’t let yourselves be dragged down with them

Scott had many opportunities to turn his life around, but he kept making destructive choices.  As painful as that was for his Dad and I, also is siblings, grandparents, and friends, we had to keep on living our lives.  We still have to keep living our lives.  We have to get to the place where we are at peace with all that we did for our son, knowing that we tried our best.

Thank you for reading this article.  I share Scott’s story with you because I hope that some of you will read it gain some insight into your own child’s story before it is too late.  I also firmly believe that my son always had a choice, but that he just could not make the choices that would sustain a healthy and productive life.  Addiction got a grip on him at a young age.

Because Scott’s dad and I always told him that we loved him and would always be there for him, he died with that knowledge.  Does that give us total peace?  No, just a measure of peace. 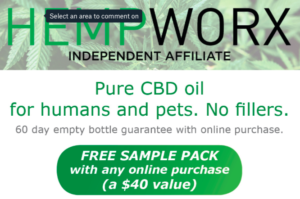 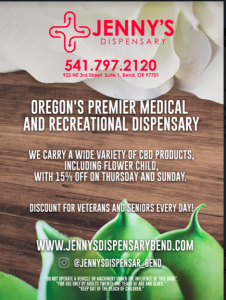 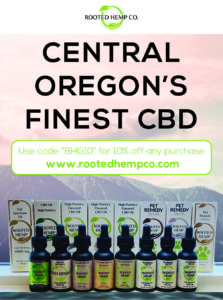